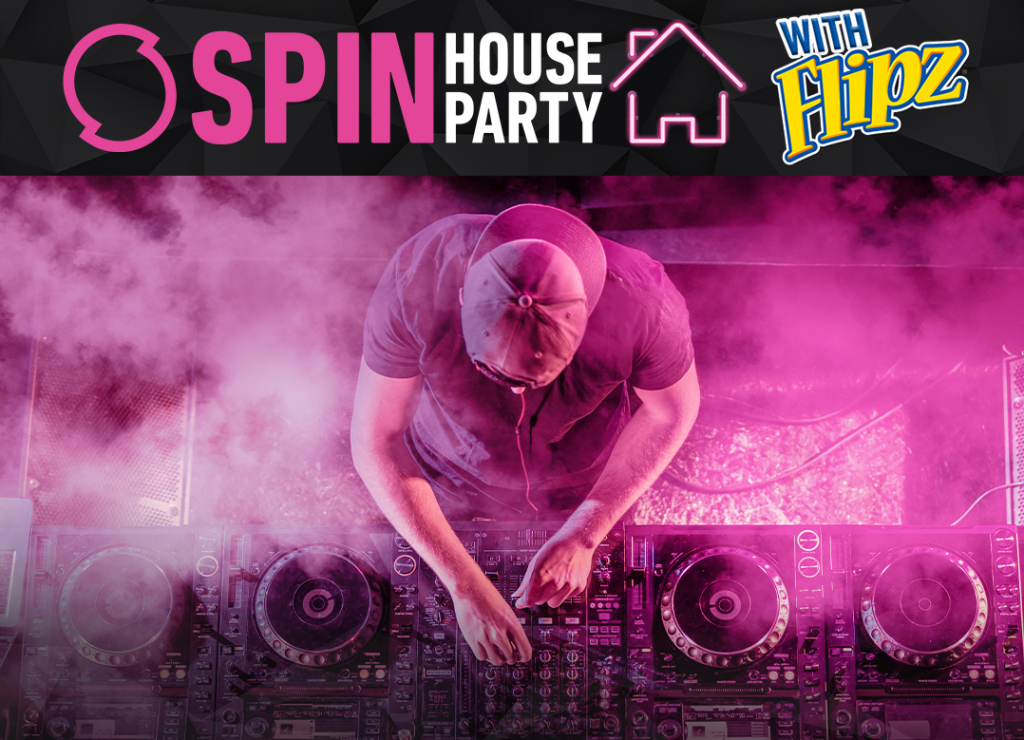 SPIN1038 and SPIN South West have announced that the now-annual SPIN House Party is going virtual this year, with a four-hour non-stop DJ set streamed directly into houses across the capital via FM, online via the SPIN websites and via the SPIN app.

Taking place at 8pm on Saturday 4th July, listeners can expect four-hours of banging tunes from their favourite SPIN DJs and a guest celebrity DJ yet to be revealed while SPIN will be offloading loads of Longitude 2021 tickets on the night.

On a night you should have been at Longitude Festival, come and party with us instead! The SPIN House Party is happening LIVE this Saturday at 8pm. Listen in on air or watch via our website for great tunes & your chance to win tickets to Longitude 2021 🙌 – with @flipzireland

SPIN House Party usually takes place on-site at Longitude Festival in July every year but, due to Covid-19 restrictions this year and the cancellation of mass outdoor gatherings, the usual event could not go ahead.

While restrictions may have gotten in the way of our usual summer plans, SPIN didn’t wanted to cancel the party: instead, we decided to host a virtual SPIN House Party so you can continue the party in the safety of your own home!

To celebrate the return of SPIN House Party, SPIN has Longitude 2021 tickets to giveaway across its Fully Charged breakfast shows all this week. Tune in to SPIN for your chance to win.

This year, SPIN House Party is brought to you in association with Flipz Chocolate Pretzels.