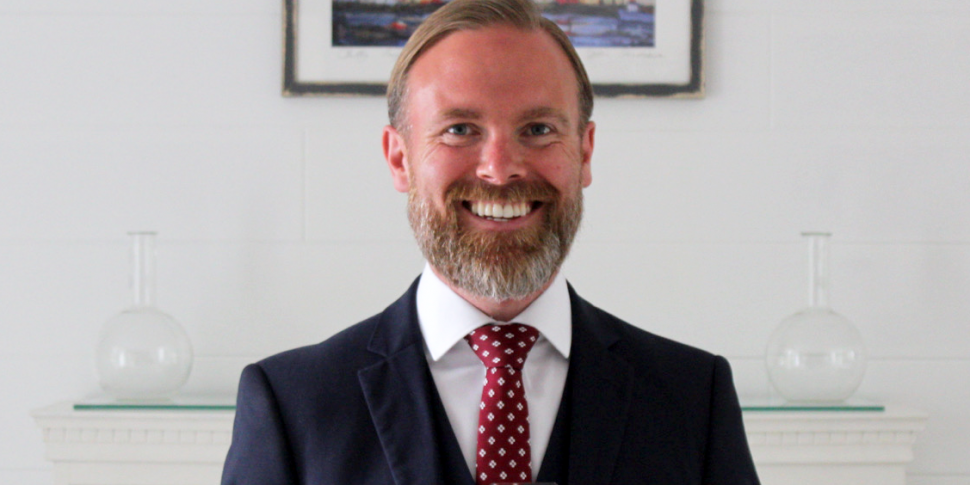 Newstalk’s courts correspondent Frank Greaney has won at the Justice Media Awards for the fourth year in a row for his work.

He took the top prize in the Court Reporting Broadcast category for his report: ‘A beacon of hope: Survivor speaks out after John McLean is jailed’.

John McClean – of Casimir Avenue, Harold’s Cross, Dublin – was jailed for eight years in February for abusing 23 boys at Terenure College in Dublin between 1973 and 1990.

He abused them through his roles as teacher, rugby coach and costume fitter for school plays.

Frank’s piece is described as “an interview that guided listeners through the harrowing details of a school abuse case.”

The judges say: “This was a standout piece which reached an unusual audience base.

“The journalist’s ability to clearly outline complicated evidence, where one could easily trip up, is masterful.

“It is true public service journalism that left the judges thinking about the interview days later.

On his win, Frank says: “It is a great honour to once again be recognised by the Law Society of Ireland for my work.

“It seems like only yesterday that I watched esteemed colleagues of mine picking up Justice Media Awards, and wondered if one would ever be bestowed on me.

“To win one in 2018 was the highlight of my career, but to win the award in successive years since is truly humbling, especially given the calibre of legal journalists in my field.

“I feel uneasy accepting accolades on the back of such dreadful stories, but the Justice Media Awards recognise the importance of telling these stories in a professional and respectful manner.

“If these stories are not told, nobody will listen.

“This award is particularly special, not only because it reached a new audience with Off the Ball AM listeners and viewers, but also because it gave me a platform to tell Damien Hetherington’s story.

“Damien was one of the 23 boys abused by John McClean, his former English teacher at Terenure College in Dublin.

“He waived his right to anonymity after his abuser was sentenced so that we could share his story.

“Damien is a beacon of hope for survivors of abuse in general and I have no doubt that his courage will inspire many others to come forward and tell their story.

“This Justice Media Award is dedicated to Damien and all survivors of abuse. They are warriors and they are the real winners today.”