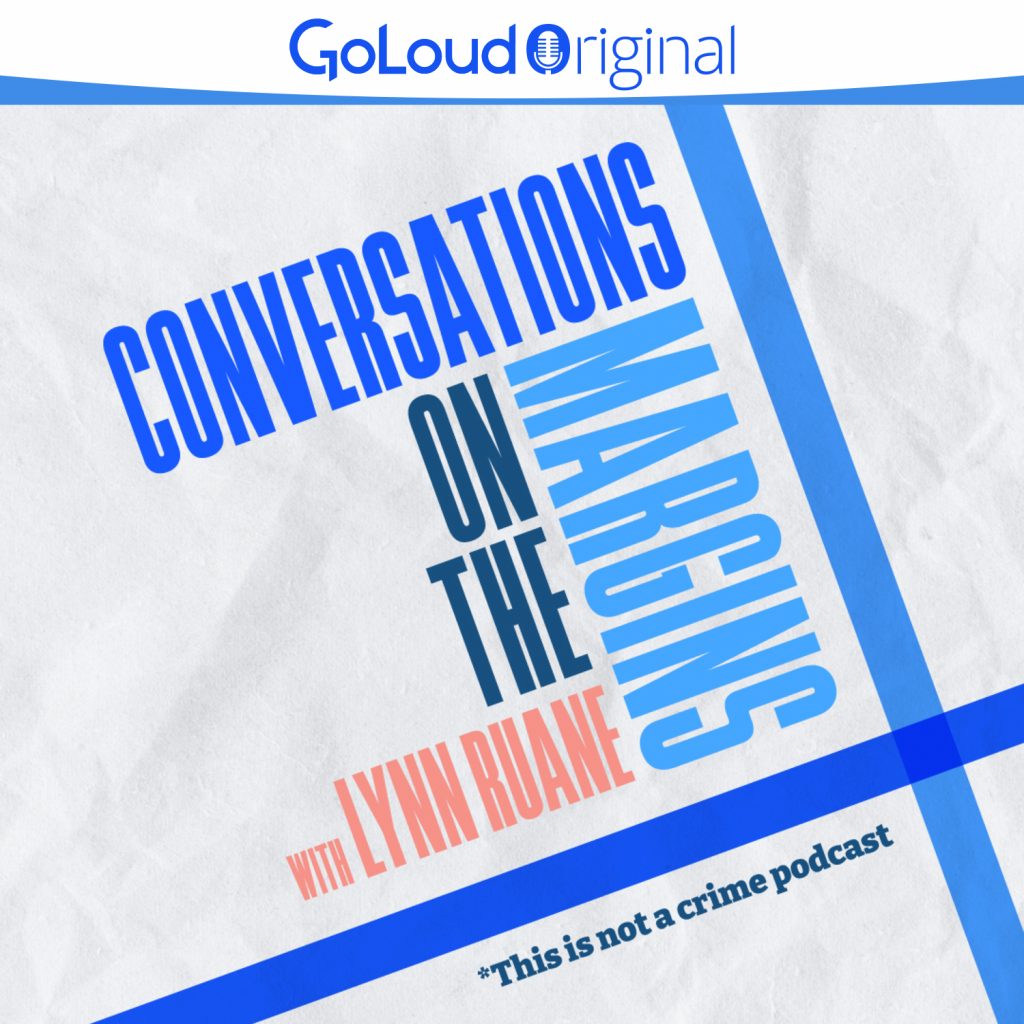 GoLoud, Ireland’s home of podcasts, has today announced the launch of Conversations on the Margins, a GoLoud Original podcast presented by Independent Senator in Seanad Éireann, Lynn Ruane and produced by Alfonso Films and GoLoud, with support from the Rowan Trust.

Conversations on the Margins is recorded on location in Wheatfield prison and features interviews with the people who have first-hand experience of the Irish reform system. The focus of this limited series is not on the crimes or the prison system itself, but on the individuals within the system. The podcast is not framed through the prism of the individual contributor’s incarcerations, but rather approaches their respective stories on a human level. Conversations on the Margins provides an intimate snapshot into the lives of a handful of individuals currently residing in Irish prisons, of which there are close to 4,000 nationwide.

Conversations on the Margins aims to give a voice to the people behind the prisoners. Over the course of the series, Ruane explores the root cause of incarcerations with senior officials within the Irish prison system and the individuals themselves, discovering common denominators, including that the majority of Irish prisoners have never sat a State exam and over half leave school before the age of 15-year-old.

Ruane’s motivation for making the series is deeply personal; she has spent a portion of her life visiting prisons, to see friends and her loved ones. This GoLoud Original podcast features interviews, spoken word and music created by the people inside the prison.  In the opening episode, the listener meets Stretch, Marty, Anto, Alex, Paul and Senan in Wheatfield prison. The contributors discuss their formative years, reminiscing on school days and their youth; both fond memories and times they were failed by the system. All the music you will hear in this episode and for the entire series is written and performed by students of the Wheatfield prison education centre.

Conversations on the Margins will release new episodes weekly on Tuesdays, the series is produced by Lynn Ruane, Alfonso Films and GoLoud, with support from the Rowan Trust. The series is edited by Ciarán O’Connor.

“Conversations on the Margins is a unique limited series that gives voice to men who have spent a varying amount of time in the Irish Prison System. In all my years of visiting friends in prison, then working in the community sector, I have always found that while in prison people are at their most reflective, most hopeful and it is upon leaving the system, and with the rejection of society, that they begin to pack away those aspirations again. We want to bring real conversations, from the centre of lived experience because it is there you find the truth, power, and most of all solutions”

“We’re delighted to work with Lynn Ruane on this podcast, Lynn has worked tirelessly to give a voice to those not always represented prominently in modern Ireland and to approach the subject matter in a nuanced way. Prison is not a place full of bad people, there are formative circumstances and experiences that led these men to where they are today, the podcast offers a fresh perspective on who these people are and seeks not to define them by what they’ve done or where they are, but by who they are.”

“We are really happy to support Conversations on the Margins with Senator Ruane. We have to ensure that those who are pushed to the margins are heard and understood. There are deep systemic issues, such as classism and an education system that has failed too many, behind who ends up in prison. It is our responsibility to understand these. We want to thank Senator Ruane and the men who shared their lives with us,  educating us and providing space for us to talk about some of our deepest societal issues. People closest to the struggle are closest to the solution”

“Prison should be a last resort. People should find a way to repay society another way. While some people need to be there, many do not. Rehabilitation also relies on society, recidivism happens on the outside, when people aren’t met with opportunities after they’ve paid their debt to society. Having open conversations, like this, on the Conversations on the Margins podcast, can help creates those opportunities”

“The conversation on the Margins podcasts lets us hear the voices of men in the prison system who are working to change their lives. They tell very human stories which give us a rare insight into some of the factors that have led them to being in prison. One of the values of the Irish Prison Service is “Unlocking Potential” and our belief that everyone has the ability to change. In the Irish Prison Service, we provide the opportunities for those in custody to achieve and realise this change, and our prisons should be seen as institutions of change not places of punishment. By giving hope to those in our care and providing opportunity we can give them a second chance at living, and this benefits all of our citizens by making our society safer.”

Conversations on the Margins, a GoLoud Original Podcast launched today, 22 March. Episode 1 is available now on the GoLoud app and on goloudnow.com.

Lynn Ruane is from Tallaght and lives in Killinarden with her two daughters. Before entering politics, she developed community drug services and community initiatives over 15 years in Tallaght and Dublin’s Canal Communities.

As a firm believer in lifelong learning, Lynn has engaged in education for most of her adult life. After leaving school early, she attended An Cosán in Tallaght at the age of 15, before going on to study addiction in several courses. She then returned to full-time education as a mature student; graduating from Trinity College Dublin with an honours degree in Political Science, Philosophy, Economics and Sociology in 2016.

Lynn gained entry to university through the Trinity Access Programme. Lynn is proud of her TAP connection and was delighted to see her eldest daughter also graduate from the access programme and enter Trinity College as an English Literature and Film Studies student in 2018.

Lynn serves as an Independent Senator for Trinity College. She has worked to take her role beyond just the Seanad chamber and the gates of Leinster House. With the use of Trinity College facilities, she has introduced initiatives like Project Sums, a programme which provides free Leaving Certificate mathematics grinds to students from disadvantaged areas; their tutors now see more than 150 young people every week. In collaboration with TCD’s Dr. Robert Grant, she has founded Philosophy in the Community, a programme based in Rialto which introduces local residents and youth workers to philosophy and encourages them to explore the broader philosophical contexts in which they live and work.