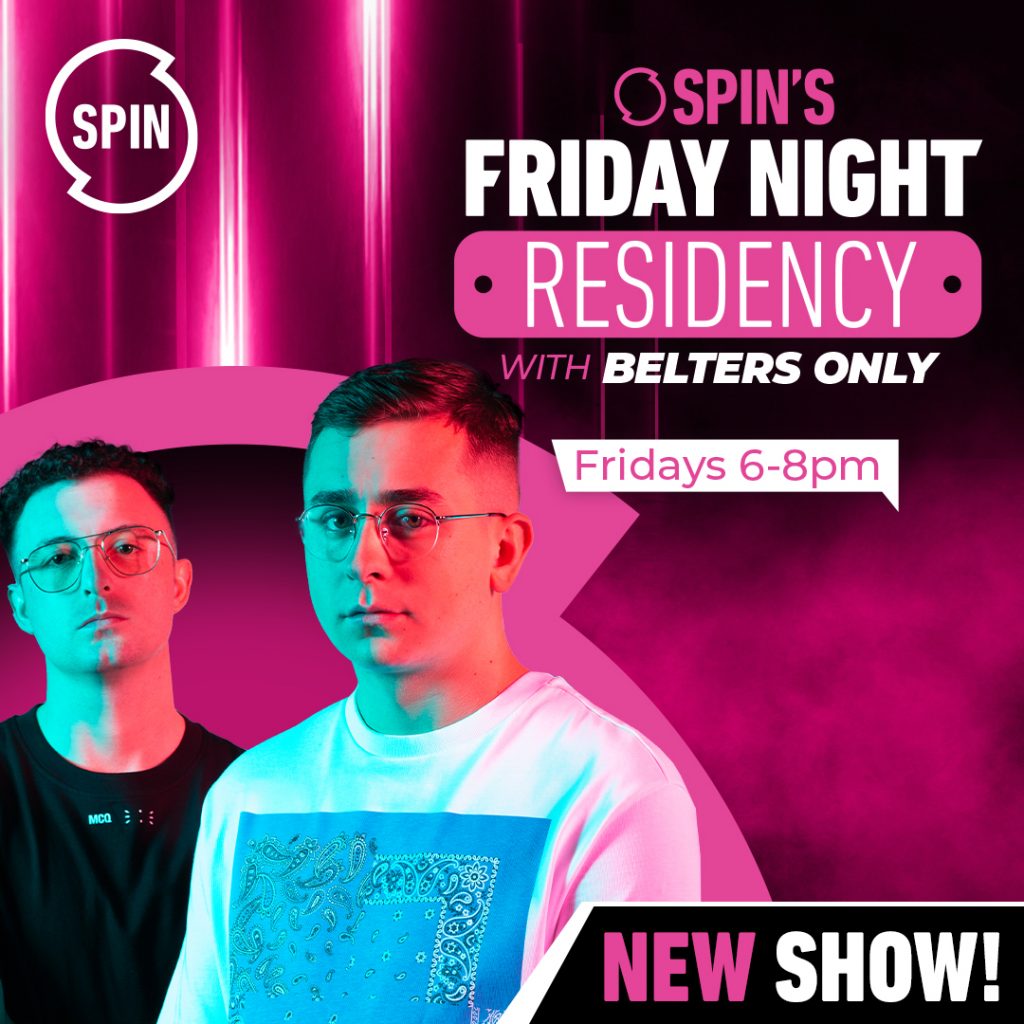 SPIN has announced that Belters Only, the Irish DJ duo is to join its line-up.  The Dublin Collective have been the first Irish dance act to top the Official Irish Singles Chart in almost 22 years, with their hit single ‘Make Me Feel Good’. Friends, Bissett and Robbie G will go in the mix exclusively on SPIN every Friday night from 6 – 8pm to kick start your weekend. SPIN’s Friday Night Residency with Belters Only will kick off from 6pm on Friday 20th  May and broadcast across Ireland on SPIN 1038 and SPIN South West.

Nick Karkazis, Assistant Programming Director, SPIN Network commented “Belters Only is taking Ireland and the UK by storm at the minute. We’re thrilled to have them joining the SPIN line up to get Ireland’s weekend started like no other radio station in the country can. Going out, staying in, commuting or just chilling at home, you can turn SPIN up loud and let Belters Only soundtrack your weekend!”

Belters Only commented “We are absolutely buzzing to be asked to take over Friday 6-8 on SPIN! Since we’ve been going to school we have had SPIN on, now to be asked to be a part of the station is sick!”

Belters Only debut single and viral TikTok hit, ‘Make Me Feel Good’ featuring vocals from fellow Dubliner, Jazzy worked its way up the charts to be No.1 in Ireland. Across the Irish Sea, it has clocked up some serious airplay over in the UK, making a serious impact by breaking into the Top 5. As a powerful new force on the Irish and UK dance scene, Belters Only released their second dance floor anthem  ‘Don’t Stop Just Yet’ soon after. It has also been announced that they will be join the Longitude 2022 line up, playing on Saturday 2nd July.

INTRODUCING LOUISE COONEY’S OPEN BOOK: A NEW CHAPTER FOR ONE OF IRELAND’S MOST POPULAR CREATORS